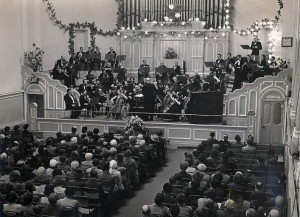 A complete history of the WSO has yet to be written, but a “Worcestershire Orchestral Society” had been part of the county’s musical scene since 1905, its founders being Mr (later Sir) Ivor Atkins, and Sir Edward Elgar. Its first concert was given in the Public Hall on 26th April 1906, with Ivor Atkins conducting an orchestra of more than 100 players. Elgar assisted in drawing up the programme and conducted the orchestra occasionally in performances of his own works.

World War I caused a hiatus in the life of the orchestra, but it was re-instituted in 1921, continuing until the outbreak of World War II when it again lapsed for want of players.

The inaugural concert of the Worcestershire Symphony Orchestra was given at the Christopher Whitehead School on Saturday 14th May 1949, under the baton of its founder Eric Holt. Eric Holt remained conductor for the 12 years, and contributed hugely to the development of the orchestra . A fine string player himself, and a conducting student under Sir Henry Wood, he established the WSO as a feature of the county’s musical landscape. At that time the WSO appeared frequently in an accompanying role with local choral societies, and sometimes the string section alone would perform. In May 1954 the orchestra was privileged to be conducted by its patron, Sir Adrian Boult, in a programme which included Elgar’s Cello Concerto. 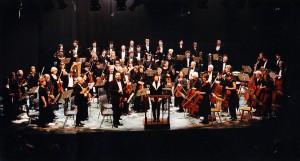 After Eric Holts retirement, the orchestra was conducted by Laurence Hudson, who held the post for 15 years. This was a period of steady growth during which the pattern of three main concerts each year was established. These had been presented in local schools until a move to The Swan Theatre in 1965. This brought an immediate and significant increase in audience numbers, although the acoustic properties of the theatre were unhelpful, and this remained an unsolvable problem during the 30 years of the orchestra’s residence there.

After the retirement of Laurence Hudson the baton was taken up by Cyril Horne, the Leader of the orchestra since 1960. He was to hold the post of conductor for 16 years until his own retirement in 1992. Following the advertisement of the post in a national music publication, a short-list of six candidates were interviewed, three of whom were invited to audition. Denise Ham was the orchestra’s overwhelming choice, and she conducted her first concert in March 1993.

Denise stayed with the orchestra for a further seven years, before handing over the position in June 2000 to Adrian Lucas, the Director of Music and Master of the Choristers at Worcester Cathedral.

Adrian’s tenure, although popular and successful, was sadly short lived due to his enormous work load and the inevitable clashes with other engagements, particularly the City of Birmingham Choir to which he had just been appointed Director of Music. 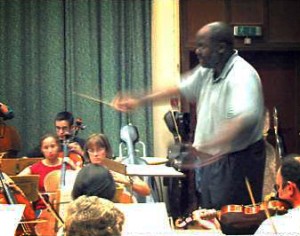 Adrian was succeeded in September 2002 by Eric Hinton, a conductor and lecturer at Birmingham Conservatoire, until his move back to the USA in August 2005. Eric introduced new musical styles to the orchestra, particularly those with an American influence, and was much liked by the players for his direct approach.

Following a further round of auditions, Richard Laing was elected as conductor and Director of Music with effect from September 2005, although a special mention must be made to Chris O’Reilly, a former pupil of Denise Ham, who has helped the orchestra enormously with ad-hoc rehearsals and concerts. Richard brought an inspiration and dynamism to the orchestra which set the WSO up well for its life in the 21st century. 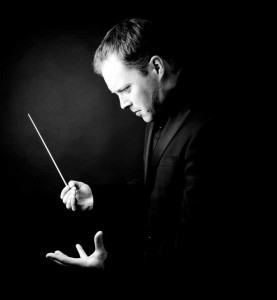 In 2009 Richard left the orchestra and Chris Eldridge stepped in to temporarily fill the position of  conductor while the Orchestra found a new permanent conductor.

After a rigorous set of auditions the orchestra appointed Keith Slade, a BBC Young Musician Woodwind Finalist, who studied at the RNCM and was awarded the Hilda Collins prize. Keith started rehearsing with the orchestra in early 2010.